It is with great pride and near-giddy joy that I hereby reveal this stunning US cover from ACE and artist Bastien Lecouffe-Deharme for Mark Lawrence‘s upcoming book: Grey Sister! 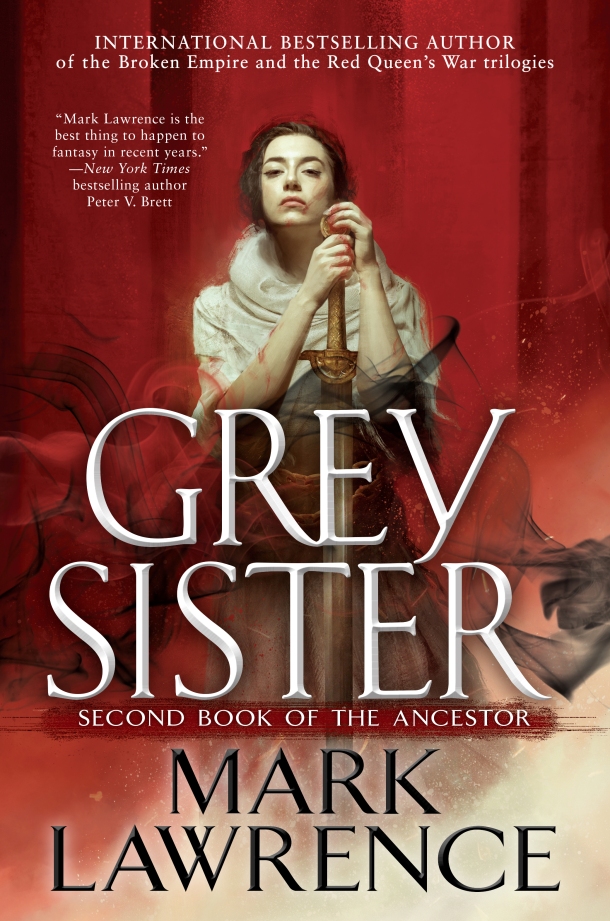 In Mystic Class Nona Grey begins to learn the secrets of the universe. But so often even the deepest truths just make our choices harder. Before she leaves the Convent of Sweet Mercy Nona must choose her path and take the red of a Martial Sister, the grey of a Sister of Discretion, the blue of a Mystic Sister or the simple black of a Bride of the Ancestor and a life of prayer and service.

All that stands between her and these choices are the pride of a thwarted assassin, the ambition of a would-be empress wielding the Inquisition like a blade, and the vengeance of the empire’s richest lord.

As the world narrows around her, and her enemies attack her through the system she has sworn to, Nona must find her own path despite the competing pull of friendship, revenge, ambition, and loyalty.

And in all this only one thing is certain.

There will be blood.

Grey Sister, The Second Book of the Ancestor, will be published in the US on April 3, 2018, you may already pre-order it on Amazon!

In the UK Grey Sister will be published by HarperVoyager on 19 Apr 2018 and can be also already pre-ordered on Amazon!